McLovin’ found my journal from last year. I’d shoved it behind the seat of the tractor and forgotten about it. Of course he read it, can’t blame him- I would have read it too. The first pages are clean and the handwriting orderly. But as you flip through, the words start getting bigger- they look like they’ve been written by a 3 year old. It appears that I’m writing the journal while driving and no longer completing sentences- just blurting out random thoughts. Here are a couple of my favorites:

‘I think we are going in circles.’

‘I have the slowest and stupidest tractor in fleet.’

‘Says his uncle was eaten by crocodile- he is full of sh*t.’

‘If this tractor were a dog, I would have kicked it by now.’

‘He is about to receive a concussion of the brain.’ 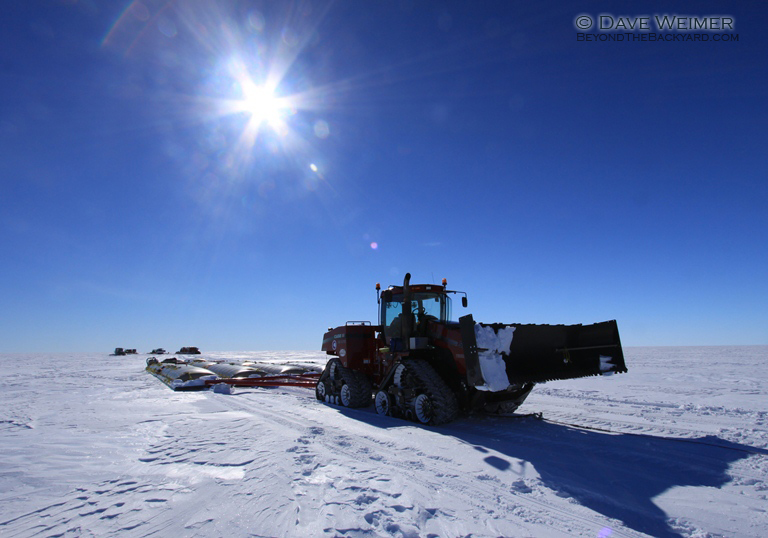 Good miles, great conditions- a blue bird day. Since it’s the Lord’s Day and all, we were told that we’d get to stop our tractors a whole HOUR early! Oh man, yippee! Thank you Jesus! Unfortunately, that hour was taken away from us when we realized we needed to drain and fold fuel bladders. Ugh. That kinda stuff is usually not good for morale. I mean, if you dangle a banana in front of a monkey and then snatch it away from him- that monkey might bite your face off. And infect you with AIDS.  Just sayin’.

In the middle of the Ross Ice Shelf, 337 miles from the coast, we saw a bird. A little white bird called a Snow Petrel, my favorite bird in Antarctica and one of the few species on the continent that doesn’t migrate north in the winter. That small bird was just flying around, by himself, in the middle of nowhere with nothing to eat but snow- amazing. I have never seen a Snow Petrel in McMurdo, so not sure where he’s travelled from. 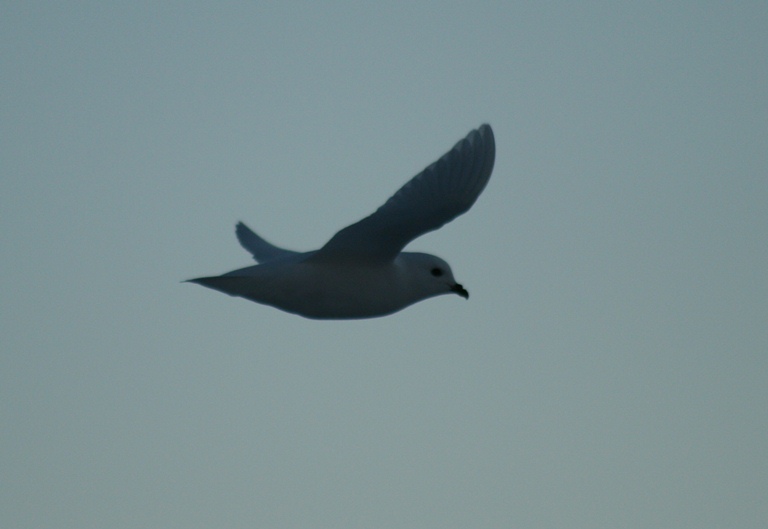 Anyway, we stopped at 1:30pm at some fuel tanks that we have cached out here for Twin Otter pilots- the tanks are buried of course and we need to dig them out and re-berm them. Should be on the trail late tomorrow.

Below is a picture of a fuel tank. It doesn’t look that buried in the picture but mind you the tank rests on skis.

It took quite a bit of blading and a couple tractors to pull this puppy out. There are 8 tanks, all for emergency Twin Otter resupply, none of them had been used since we placed them out here a year ago.

After berming the tanks we made great time. We can now see the Transantarctic Mountains on the horizon.